Where is the time going?  I can’t believe we’re officially in the start of A’s 2nd Holiday Season!

Medical Issues:  Nothing….thank goodness.  She’s been the picture of health, knock on wood!

Sleep:  Again, knock on wood…she’s back to sleeping in her crib in her own room and for the past couple of nights, has slept straight through.  Even when she does wake up in the night, she almost always goes right back to sleep after I go in, give her a hug, lay her back down and start her light up/ musical giraffe from her Birth Mom.  Once in awhile we have to let her cry it out.  I knew a couple of weeks ago I had to sleep train her before J left on his hunting trip this past Thursday.  The first night I laid her down after rocking her to sleep and she got about 4 different times.  The first 3, one of us would go in and just stay by her crib til she fell back to sleep.  The last time, after each of us standing next to her for about 45 min all together, we had to let her cry it out.  She cried for 15-20 min and then went to sleep and since then, it’s just gotten better and better.  Pray the next sleep regression is a long way off or never comes, lol.

Clothing Size:  We’re pretty solidly in 12 months.  She has a couple 9 month jammies that need to get packed away and still fits into some 9 month onesies.

Diet:  A still gets 2-3 bottles a day with the first one always being whole milk and the last before bed always formula.  Honestly, I’m not in a hurry to take the bottle away.  I don’t understand why BF Mom’s are encouraged to keep going yet they want bottle fed babies stopped right at 12 months.  As usual, what they say doesn’t fly with me.  She drinks water or cold whole milk out of a sippy cup the rest of the day but sometimes, my girl just needs a bottle and I’m not ready to give up the nutrients she gets from the formula.  Otherwise she has 3 meals and usually 2 snacks a day.  This girl takes after her Mama and loves sweets.

Baby gear love:  I guess I can probably get rid of this category.  😦  It’s getting a bit too cold for walks now and she doesn’t really use any baby gear anymore.  The front carrier once in awhile if I need my hands and she needs to be held.

Milestones/Firsts:  It’s crazy to read the 12 month update of her not quite walking yet.  If we’re FB friends, you’ll know she’s part toddler/part monkey.  Not only she is walking now but she’s practically running and this girl, she can climb anything.  If you didn’t see the video, she went from the floor, to the top of her toy box, launched herself onto Daddy’s recliner which is next to the half wall that separates our living room and kitchen.  She then stood on the arm of the recliner and I didn’t catch it in the video, but earlier that day she had her knee all the way up on the top of the half wall which is pretty high and was ready to launch herself onto the counter.  And she can do this in like less than a minute.  I’ll turn around to set LO down in the rock and play, turn around and A will be on top of something.  Also, child proof locks got nothing on this girl and she gets into everything.  I’ve had to rearrange some stuff that I don’t want her into, lol.  She will once in awhile wave goodbye or try and blow kisses.   She’s also become a big sister (at least for the time being) since the last update.  She is NOT loving it.    Let’s see, I can tell you what she’s not doing.  Talking.  Like very little so now I’ve gone from the person that tells parents not to worry, they do it in their own time, to the parent that’s doing the worrying.  She says Dada, but not necessarily meaning J, once in a great while she’ll say done, but that’s really it.  She refuses to say Mama although my Mom says she says it at her house sometimes.

Dislikes:  Being pulled away from whatever she’s climbing or getting into if it’s something I really would rather she didn’t have.  Her winter hat.  Having a baby in the house 24/7.  Sharing anything with the dc kids.

Things I Don’t Want to Forget:  The where oh where is Annabelle song and how she always comes because of it.  Her belly laugh and her toothy grin.  Her snuggles and open mouth kisses that I get her to do every once in a while.

What’s next?:   Hopefully some more language skills.  Her 2nd Thanksgiving where she can fully enjoy the food this time.  The wonders of the Christmas tree and figuring out how to baby proof it.

How’s Mommy doing?  Not gonna lie…taking care of many different kids from daycare does not prepare you for an almost 14 month old and a newborn 24/7.  LO is not as easy of a baby as A was…but really, I know A spoiled us and most aren’t that easy.  I’m exhausted a lot of the time and trying to balance my attention between the two is quite difficult.  I’m ready for hunting season to be over so Daddy is around more often.

How’s Daddy doing?  Right now he’s away in Wyoming on a hunting trip with his Dad.  They’re having a great time although no deer yet and both really needed and deserved this trip.  It’s been rough being a single parent for the past 4 days though.  They’ll leave to come home at dark tonight so should be home sometime tomorrow morning.

Pictures from the last month and a half: 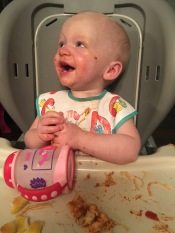 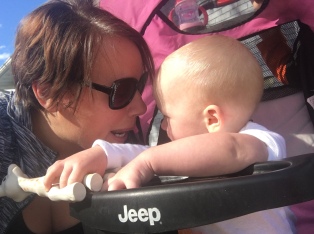 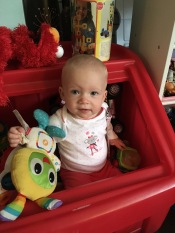 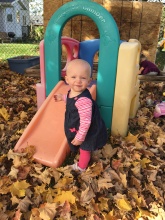 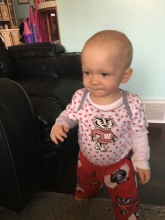 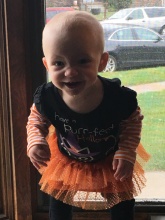 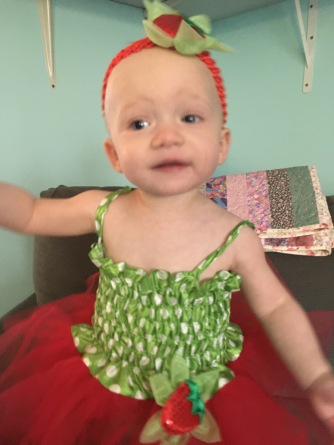 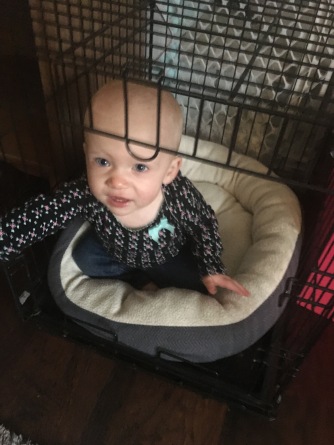 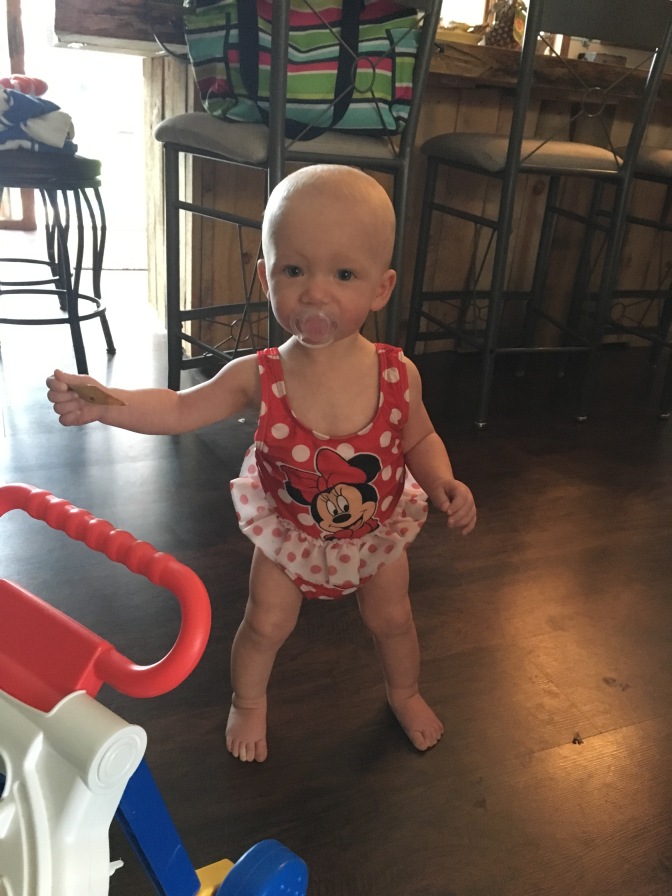